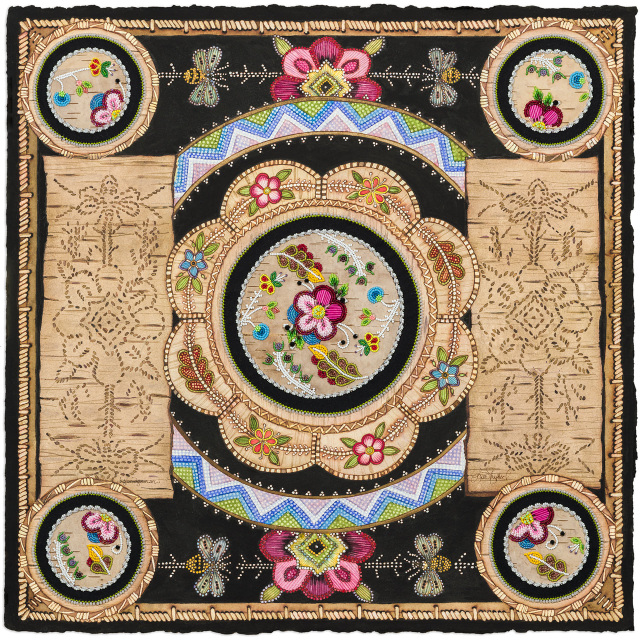 Indigenous People all over North America, including the Métis of British Columbia, utilized birch bark for everything from lightweight easy-to-carry canoes to intricately detailed berry baskets. In Waskway ahtik, the artists have combined the weaving of traditional baskets with examples of birch bark bitings. Birch bark must be harvested with care, during the correct season and following protocol to sustain the continued health of the tree. The nature of birch bark biting requires folding a tissue-thin layer many times and then using the eye teeth to create marks as the artist envisions the design. The work is mindful and quiet, as one would offer a prayer.

The movement of Métis along the trades routes saw many settling in the Shuswap territory, around Kamloops and among the Kinbasket and Kooteney. All of this land, abundant with birch trees, offered much opportunity for artistic expression through paper birch.