Lisa Shepherd 's artwork and teachings are on display in many public places.
Here you'll find information about where you can see Lisa's work on display in permanent collections or special installations, as well as where her work has been featured in film or other media. If you happen to come across Lisa Shepherd's work somewhere that isn't featured on this page, we'd love to hear about it!

​You can find information about the exhibits where Lisa's artwork has been featured in over the last decade ON THIS WEB PAGE.
PUBLIC ART COLLECTIONS AND INSTALLATIONS:
​ 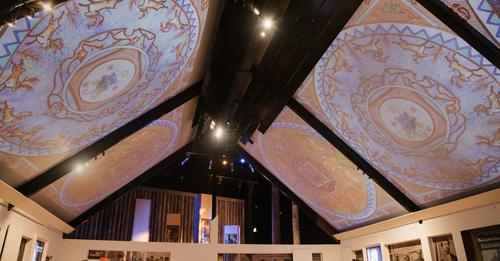 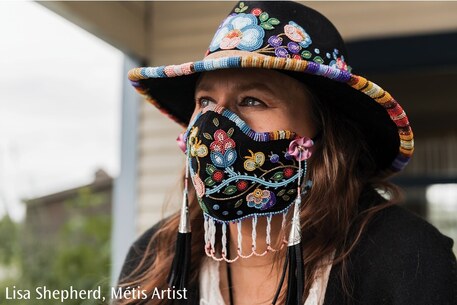 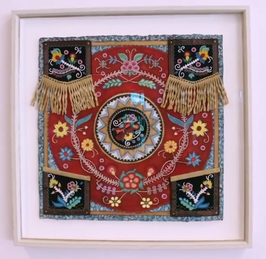 ​
Stanley A. Milner branch of the Edmonton Public Library (Edmonton, AB): Kitohcikan on display. This piece is from the artist's Forget-Me-Not, Métis Rose: The Far West collection, a collaboration with cousin Kristi Bridgeman. 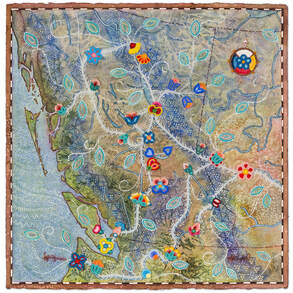 COMMISSIONED FOR EDUCATIONAL PURPOSES AND FOR AUTHENTICITY IN FILM:

​OTHER MEDIA THAT HAS FEATURED LISA'S ARTWORK:

Because of her knowledge of Métis culture, her extraordinary artisanship, and her ability to relate to people of all ages, Lisa is a sought-after educator and performer of Métis artwork and culture. She and her work have been featured as follows:

2017 Scholastic, “Community Ties”, image in Take Action For Reconciliation, grades 3 to 6 Social Studies resource, 25,000 copies in English and French, for print and e-platform, in Canada.

2015 Government House, Office of the Lieutenant Governor, Flag Day: A Celebration of the 50th Anniversary of the National Flag of Canada, Lisa was guest Métis dance performer.