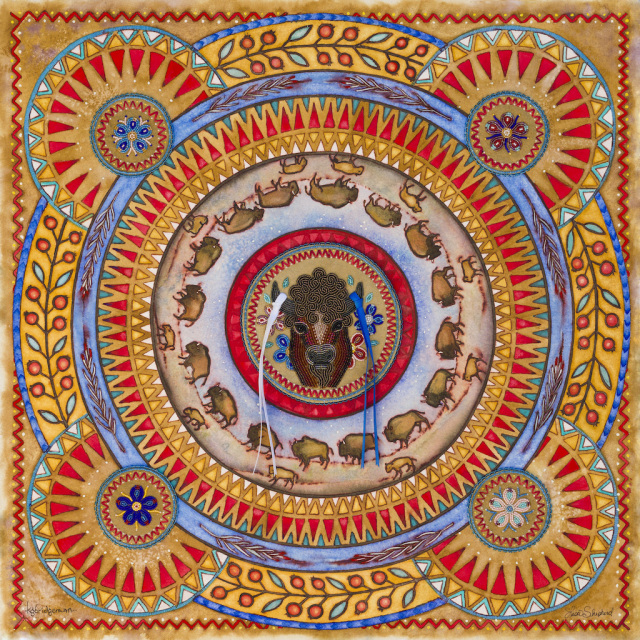 We are strongly connected to the land and all the plants and animals on it. When the land is not well, the people suffer. By the turn of the 19th century, the Bison in Canada were diminished to endangered numbers, limiting the ability for the people to sustain themselves in the way they always had. There is a parallel here- at the time when bison were disappearing, many cultures and groups of peoples were in danger of disappearing, and the residential school system was in full swing with the mandate “to take the Indian out of the child.”

“The bison have come back again”

Blank inside. Description of art on back of the card. Envelope included. Printed locally on FSC paper.

Sold out
Add to Cart