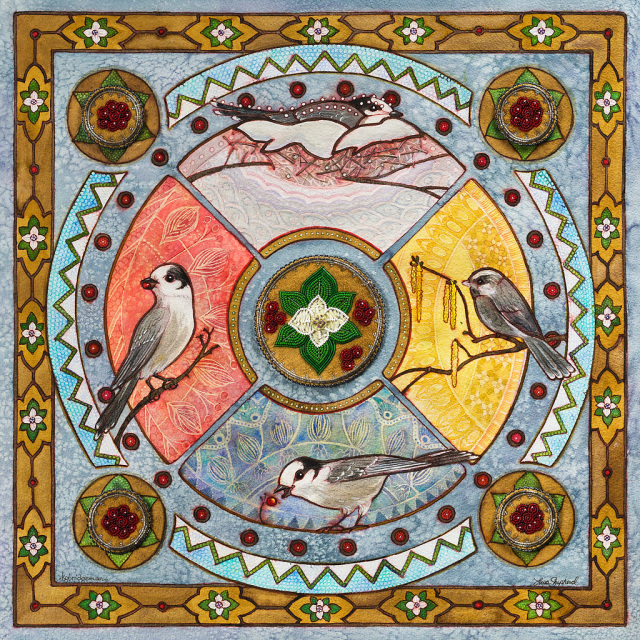 Whiskey Jack (Wisakejak) has been known to be both a mischief-maker of logging camps and companion to travelers. Moving around the circle clockwise from the right, Whiskey Jack is shown in the four seasons and stages of life. Bunchberry is one of the endemic berries that are a food source for Whiskey Jack, now Canada’s official bird.

Endemic flowers: The bunchberry is shown in seasonal stages, and is one of the many items cached for the long Canadian winter.

Sold out
Add to Cart