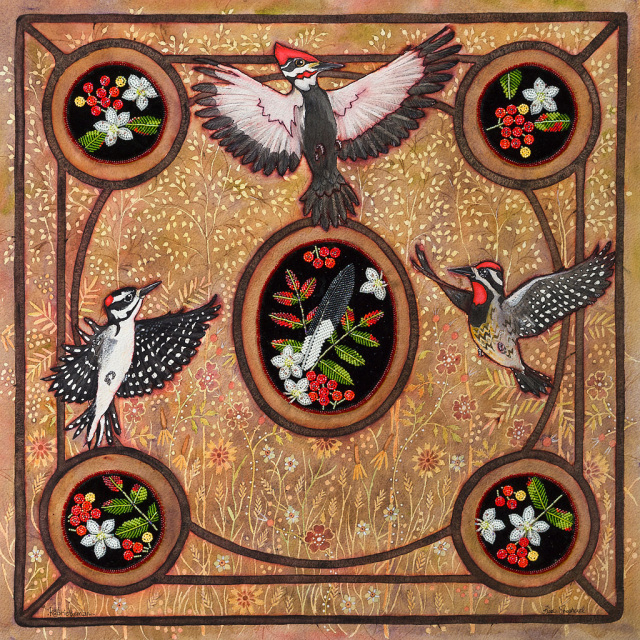 Pahpahcsis is Cree for Woodpecker. In 1880, 84 members of the Papachase band were displaced from what is modern day Edmonton. Suzette (Chalifoux) Swift (our ancestor) was one of these Edmonton Stragglers until she accepted Métis scrip, moved to Jasper and became part of the original Métis families that homesteaded the land.

Endemic flowers: The central three dimensional beaded mountain ash represents one of the many berry varieties gathered by birds in the Rockies. The meadow beyond shows endemic grassland wildflowers such as blanket flower, wild rose, harebell and coneflower.